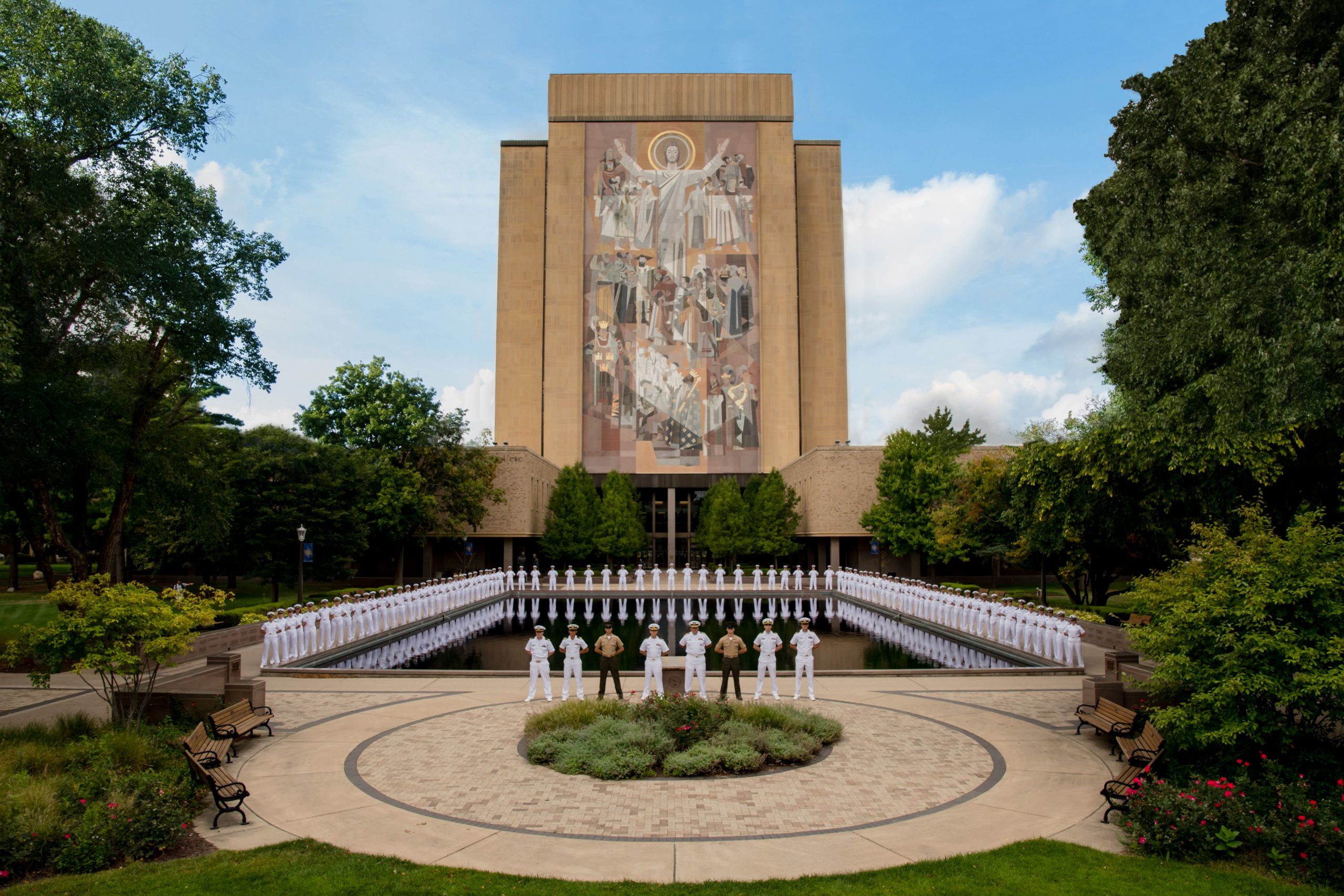 History of Notre Dame and the Navy

History of the Naval ROTC Program

Congressional legislation created the Naval Reserve Officers Training Corps in 1925. In 1932, the Marine Corps started offering Second Lieutenant commissions to NROTC graduates.  With World War II imminent, President Roosevelt declared a state of national emergency in September 1939.  Congress then authorized a large increase in the NROTC program, bringing the enrollment to 7,200 midshipmen and creating eighteen more units in the following two years.  During the war, the V-7 and V-12 programs supplemented the NROTC program in training officers.  These two programs were discontinued as the war drew to a close, but the NROTC program remained.  In 1945, the Holloway Plan further increased the size of NROTC enrollment to 15,400 midshipmen to meet the demand for regular officers in the post-war Navy. This plan consisted of Scholarship and College Program students and has remained largely intact to the present day.

More History: The Navy and Marine Corps at Notre Dame